B. kisuluana numbers among those hygromesophilous species, such as letestui, squamulosa and oxyanthera, that grow on tree trunks, usually well above ground, but definitely below the crown. Such species generally demand less humidity than ground huggers, but more those found still higher up. B. polygonoides comes to mind.

I am very pleased by the abundance of new flowers, male and female. So many of my African species have dioecious tendancies. B. kisuluana is generally generous in its blooming.

The potted kisuluana, shown above, sets on a windowsill inches from a west facing window. Direct sun, mediated only by a metal screen of the usual type used to keep flies from entering, shines through from 2:00 pm until sunset. Two, six month old, B. cavalyensis share that windowsill.

When the room becomes too warm for spoiled pug comfort, an air-conditioner is turned on, set at 74°. I use one, or two, humidiers when the air outside is dry, or if the A/C is drying out the air. 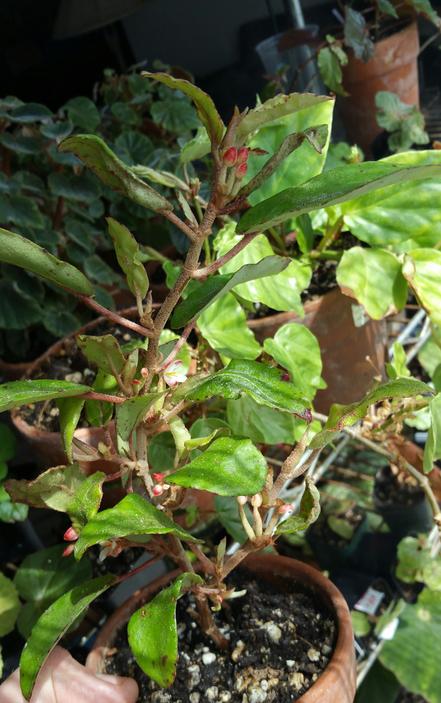 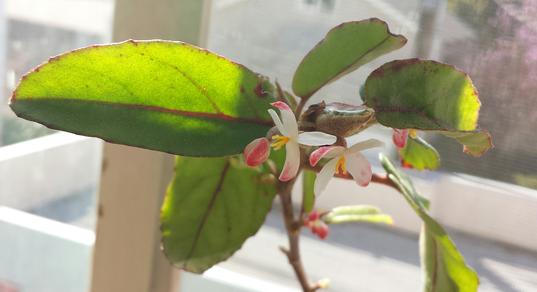