Another Beauty Begonia received from MountainOrchids.com. Thank you So Much, Darrin!

Description for his website:
"Begonia ningmingensis is a showy 'new' species, described as being from China. However, this example was apparently collected in Vietnam and I've been told that it shares a habitat/region along with the Slipper Orchid: Paphiopedilum emersonii.
As it is fairly new to cultivation, my growing experience with it is somewhat limited. So far, however, it has responded well to terrarium type culture. I also suspect it will adapt to being out of a terrarium - although the humidity shouldn't be too low (greenhouse?). Like so many of these cliff/crevice dwelling species, great care should be exercised to not overwater.

The foliage of this species is generally a deep black-green with a lime-silver (maculation) bands centered along the veining. Typical B. ningmingensis var ningmingensis is cited to be from Guangxi Region, China, but since the border of western Vietnam and this region of China are adjacent, it's quite likely that this is a case of it being another locality in the natural range for the species. Or, it may be something closely related, such as a form of B. semiparietalis (also Guangxi Region, China)?"

B. ningmingensis (form from Vietnam) 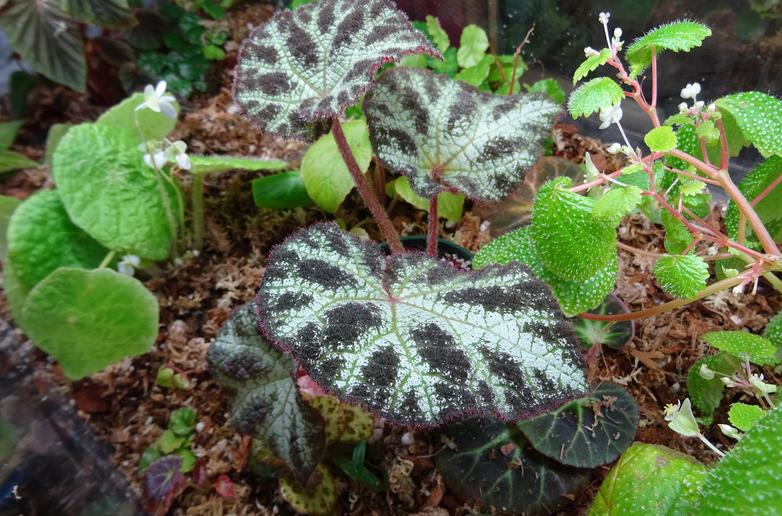