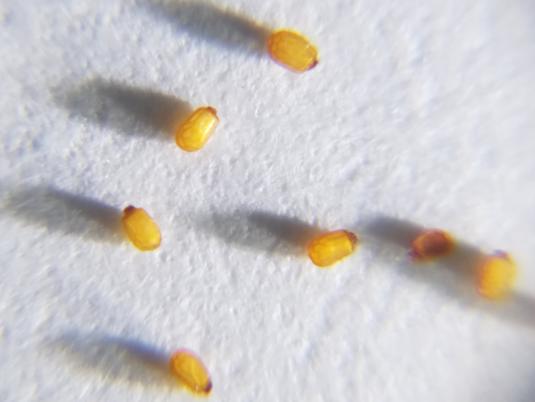 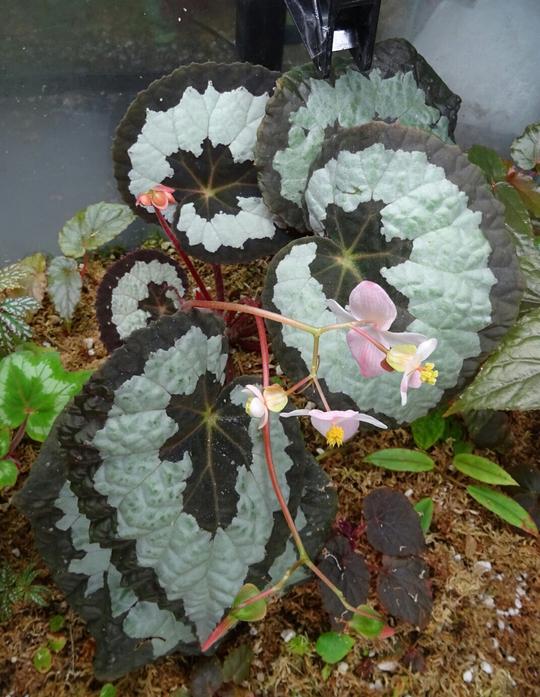 I would like to pass on an unusual observation I've made regarding maturing B. rex seed pods.  This morning I found a green, still fleshy, B. rex seed pod had begun to rot.  Not the best auspicious beginning for a story, right? Only a small outer layer had begun to peal back, becoming soft. But, that would only spread.  I felt rather frustrated because I have tried to keep humidity from going too high in that 120 gallon tank, knowing that high humidity is often hazardous to maturing seed pods, and condensation remaining on seed pods frequently 'terminal'. Seed pods are, after all, a highly concentrated nutrient source. It is not, therefore, surprising what various fungi, which need a moist environment to reproduce, might find them a tasty morsel.  My efforts to moderate humidity included leaving the lids at both ends of the tank slightly open. And even occasionally running a variable speed PC type fan in the terrarium. Yet, I was looking at a rotting seed pod, a seed pod I had looked at with hope for six or seven weeks. And now, just compost.  Or maybe, just possibly, not.

A week ago, I found another B. rex seed pod in the same condition. (I may have said a bad word.) As I reached in to remove that potential fungal incubator, planning to throw the rotting pod away, I noticed that that the peduncle (a stalk bearing a flower or seedpod/fruit) was also rotted.  Hmmm. When the peduncle dries this is an indicator a seed pod it ripe for picking. So, maybe, since it rotted, which is kind of like drying out, (bear with me) in that the peduncle gives up the ghost. I know it's a stretch. But maybe this meant the pod was ripe. Well, clearly if I let the rot continue, it will be compost. (I suspect that B. rex, in it native lands, flowers during a drier, less humid season). So, I placed the seed pod in a mini Tupperware container, adding in two dessicant (drying) packets, to stop the rot. Think "mummification".

I buy those packets online, adding one to all my pollen saving bottles. Before closing the bag containing my unused dessicant packets (they are often called sachets), I always suck all the air out to keep them fresh.  Seeing the dessicant packets swollen from the humidity they had captured, I replaced them every couple of days with fresh packets. In a pinch, one can use the dessicant tabs included in some pill bottles to keep the medication dry.

Seeing, this second, rotting, seed pod, I decided this would be a very good time to if the first seed pod for completely dry, and whether it contained any good seed. There might be a few good seed, after all. And guess what? All the seeds look good. Hurrah!!  They will be available from the ABS Seed fund.

If you would like to look at your seeds under a "high tech" microscope like the one I used to take this photo, search for "mini microscope x60" on EBay or Amazon. Plan on spending about $5.